Schechter has named Jeremy Blumenthal z”l ’83 and Teddy Fischer ’00 as recipients of the school’s second annual Arnold Zar-Kessler Outstanding Alumni Award. Created in 2014, the alumni award is given in honor of outgoing head of school, Arnold Zar-Kessler, and his 21 years of dedication to and leadership of Solomon Schechter Day School.

Jeremy Blumenthal z”l ’83 was selected for being an influential, thoughtful and engaging teacher, scholar and mentor.  He was an assistant professor of law at Syracuse University College of Law. His life was cut short after a battle with cancer this past December. Blumenthal was nominated by classmate Charlie Savenor ’83. He wrote, “His love of the law stemmed from his strong Jewish identity. Judaism played a central role in his life demonstrated by his sending his children to the Jewish day school in Syracuse and his leadership in his local Conservative synagogue.”

Teddy Fischer ’00 was selected for his impact on Israel as an engineer and social entrepreneur. As as a project manager at the engineering firm,  Telescope, Teddy is working on building train stations for the new light rail in Tel Aviv. He was nominated by his sisters Shira and Miriam Fischer, who shared that, “In all aspects of his life, Teddy exemplifies the ideals Schechter aims to impart into his students; with academic rigor and a Jewish and Zionist heart, he daily strengthens and builds our community and Israel.”

The awards were presented at the school’s eighth grade graduation on June 16 at Temple Aliyah in Needham.  The Arnold Zar-Kessler Outstanding Alumni Award is presented annually to an alumna/us whose life embodies Schechter’s vision and mission. Nominations to the director of alumni relations are due each year by March 31. Previous awardees include Rabbi Ilana Garber ’91 and Dr. Mitchell Schwaber ’78. 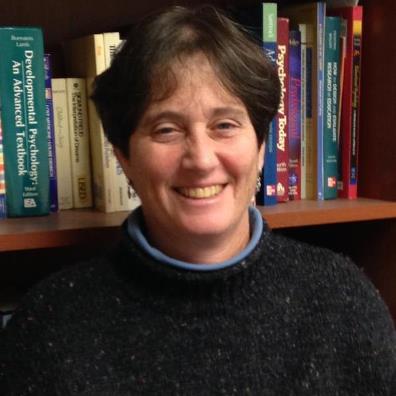 Deborah Margolis is a professor in the School of Education and Social Policy at Merrimack College and chairs the School, College and Community Studies Department. She received a bachelor’s degree in psychology from Barnard College, a master’s degree in counseling and consulting psychology from Harvard University and a Ph.D. in developmental and educational psychology from Boston College. Dr. Margolis’ area of specialty is children and adolescents’ social emotional development especially as it impacts school and other group settings. She enjoys teaching education and future human service students theories of childhood and adolescent development in order to help students better understand the whole child and the contexts within which they grow and develop. She lives with her family in Waltham, MA.

Tell us a little about your job:
I love my work. I have wonderful colleagues and I have the opportunity, each and every day, to interact with students who want to learn as much as possible about children and families. I have the privilege of introducing many of these students to developmental theory and practice that I hope will help them better understand the needs of those children and families. My work also provides me with the opportunity to learn from all those around me. The programs in my department have grown significantly in the last few years so my work life is busy and can be frenzied, but it is stimulating and rewarding.

How did you come to a career combining the fields of education and psychology?
When I was in high school my science teachers urged me to consider medical school. I loved working with kids and was interested in learning about “what made them tick” and discovered my passion for psychology. I was most interested in improving the experiences that children and teens had in contexts/settings like schools, camps and after-school activities rather than seeing them in private therapy. I initially expected that I would be a consulting school psychologist but discovered my love of teaching when I was thrust into a teaching role as part of my doctoral fellowship.

Did Schechter pique your interest in education and in teaching? How? In what ways?
Schechter certainly taught me the importance of engaging students in the learning AND that children who love school, learn.

You are now a parent of a Schechter student! What led you back to Schechter?
I am a product of K-12 day school education and wanted my children to have the same experience and benefit. Previously, my children attended a small Jewish day school, but when we moved to Waltham this past summer, we chose Schechter for all it had to offer Jewishly, socially and academically. It was also important that we had cousins at Schechter. This helped to mediate the enormous transition my son (and my family) was making.

Do you see today’s Schechter focusing on social and emotional factors that impact a child’s learning? How?
Yes, I have been delighted by the attention paid to children’s social emotional needs. I have also been impressed by the understanding that faculty and administrators at Schechter have about the importance of social emotional development and the impact it has on learning, and the school experience in general. In my opinion, while children certainly learn course content at school, the most compelling reason to put children together in a school building is to foster their interpersonal development in the context of the learning environment. This is how we teach and nurture the next generation of engaged citizens who can hopefully restore a sense of civility, human dignity and menschlechkeit in our world. 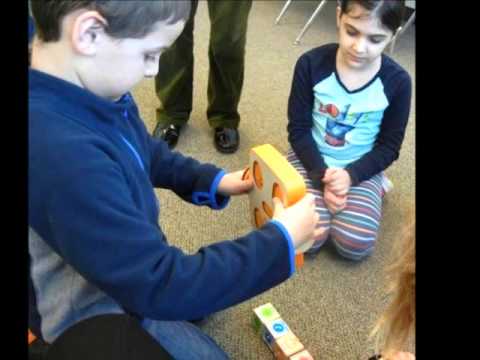