Schechter has named Rahel Berkovits ’83  and Jackie Schon ’99 as recipients of the school’s Arnold Zar-Kessler Outstanding Alumni Award. Created in 2014, the alumni award is given in honor of former head of school, Arnold Zar-Kessler, and his 21 years of dedication to and leadership of Solomon Schechter Day School. 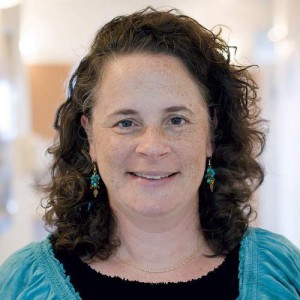 Rahel Berkovits ’83 was selected for being a trailblazer in bridging the worlds of feminism and halacha in the 21st century.  She is on the Faculty of the Pardes Institute of Jewish Studies in Jerusalem, where for the past twenty years she has been teaching Mishnah, Talmud, and Halacha.  In 2015, Rahel completed her studies at Beit Midrash Har’el and received rabbinic ordination from Rabbi Herzl Hefter and Rabbi Daniel Sperber, making her one of the first women ever to be ordained as an Orthodox Rav.  She is a founding member of Congregation Shirah Hadasha, a progressive halakhic minyan, which is enriched by both male and female participation in synagogue ritual and has published the book  A Daughter’s Recitation of Mourner’s Kaddish. Many of Rahel’s Talmud students at Pardes have gone on to become Jewish Studies teachers at SSDS Boston. Schechter classmate Glen Schwaber writes, “As an outstanding educator, an outspoken and effective community leader, a Zionist, a devoted spouse and parent, and a committed and proud Jew, Rahel’s life exemplifies Schechter’s vision and mission to the fullest.” 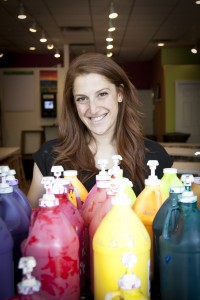 Jackie Schon ’99  was selected for her innovative business model, community service work and vision-driven leadership. In 2010, Jackie’s artistic background and “no option to fail” attitude positioned her to co-found The Paint Bar, Boston’s first “paint and sip” business (and the first business of its kind in the Northeast) with her mother, Jill Schon. Since its opening, Jackie has led and guided The Paint Bar’s creative team, to inspire more than 50,000 customers with little or no artistic background to discover their inner artist. In addition, The Paint Bar has hosted fundraisers for hundreds of non-profit organizations, contributing thousands of dollars on behalf of their supporters. Jackie’s sister and fellow alumna writes, “My sister, Jackie, applies sensitivity and originality to every task she approaches, whether it is volunteering with Jewish Big Brother Big Sister, painting a still life, or organizing Schechter’s 50th Anniversary event. She is an intuitive and gifted artist and businesswoman; this has served her well as she has the unique ability to channel her inspiration and energy. She sees the world through a colorful lens and inspires those around her to do the same.”

The awards will be presented at the school’s eighth grade graduation on June 20 at 6:30 p.m. at Temple Beth Avodah in Newton, MA. The Arnold Zar-Kessler Outstanding Alumni Award is presented annually to an alumna/us whose life embodies Schechter’s vision and mission. Nominations to the Director of Alumni Relations are due each year by March 15.

In this week’s Torah portion, Korach, God makes the Brit HaKehunah, the Priestly Covenant, with Aaron and his descendants. But this is not a covenant marked by a rainbow or the giving of Torah- it’s a covenant of salt.

Wait a moment. Let’s back up.

Remember when salt was bad for you? I only slightly exaggerate. When I was growing up, salt was bad and sugar was something (relatively) harmless. Things have certainly changed. Now, sugar is the root of all evil, and salt is getting to be more OK- as long as you’re adding it to what you cook at home. This is a long-winded way of saying that that food trends come and go, and perhaps salt gets a bad reputation.

The same might be argued when it comes to salt and Judaism. Many of you probably think of two associations between salt and our traditions- the salt water we use at our Passover seders to remember the tears of slavery, and the pillar of salt that Lot’s wife was turned into during the destruction of Sodom back in Genesis.

Both of those are, for lack of a better term, not awesome associations.

But the covenant of salt that we see in Korach this week? Well, that’s actually quite awesome.

Three times in the Tanakh we hear about covenants of salt. First in Leviticus, when referring to sacrificial offerings, second here in Korach, and for a third time in II Chronicles, when God is described as giving the kingship of Israel to David and his descendants forever “by a covenant of salt.”

Why are these moments of importance marked by covenants of salt? There are a few answers to this question, including those which allude to the Hebrew words for “bread” (lechem) and “salt” (melach) sharing the same three letters, but my favorite answer (obviously) relates to food. How? Because salt is a preservative that keeps food from going rotten or spoiling. Salt, in a word, preserves, and Judaism and our traditions I would allege are remarkably well-preserved.

So as you prepare for summer and good times, and a break from the rigors of school and activities, remember to add a little salt to your Judaism between now and September. I think we’d all agree that it is something worth preserving for another few thousand years.

Have a restful Shabbat and a wonderful summer.

I once enjoyed the privilege of attending the 50th anniversary weekend celebration of Kibbut Yahel in the southern Negev. During the musical presentation of the smallest children in the kibbutz’s school, they sang a song with such cuteness, verve, and joy that the audience clapped and clapped until the students came back to sing an encore of the same song. As they entered the stage again, one little boy said to another in Hebrew, “We better not sing it as well this time so they won’t insist we come back again!”

That thought stuck in my mind as one possible position to take: it is better to stay put and secure rather than excel and be expected to excel further. Surely the ten scouts of the twelve who reported to Moses about the land of Israel felt that way. They said, “We cannot attack that people for it is stronger than we.” (Nu. 13:31) Rabbi Menachem Schneerson, the Lubavitcher rebbe, asked a good question: why did the ten scouts fear invading Israel when they had already seen what God had done for them already? God had worked the miracles of the ten plagues, the crossing the Sea of Reeds, the gift of manna every weekday in the wilderness, and ample water, so why did they become so defeatist? The rebbe’s answer was surprising. He said the scouts were not afraid of defeat, but rather they were afraid of success. Why leave “the security of wilderness”?

We ask a lot of our children and grandchildren to persevere through S.S.D.S. with its demanding curriculum in both Hebrew and general studies. And then we will ask for similar excellence in high school and college. Surely, there is nothing wrong with asking them to be all that they can be. (A ship can stay in harbor, but it is built to sail out to sea.)

Nevertheless, let us monitor our kids’ academic success very carefully, and judge their “bad stress” and their “good stress”, and distinguish their “excellence” from their “good enough.”