The WordMasters Challenge™ is a vocabulary competition based on completing analogies. We are pleased to share that out of 81 schools, Schechter’s eighth grade was ranked SECOND IN THE NATION and Schechter’s seventh grade was ranked FOURTH IN THE NATION out of 79 schools. One Schechter seventh grade student received a perfect 20 out of 20 score on the test. Mazal tov to all of our students and their teachers!

In Grade 6 Tanakh class, the students studied the story of Hanukkah and how it is celebrated today. They put together a multi-part movie to present what they learned to their peers. Split into three groups, the students wrote the script, created the visuals, and recorded the narrations. On behalf of the 6th grade, we hope you have a joyous Hanukkah!

Flames have a special place in Judaism.

Consider the Shabbat candles which we light every Friday evening.

They represent a powerful dynamic:

On Shabbat, we stand back from the grindstone, disengaging from life’s tasks to focus on life’s context, meaning and goals.

On Shabbat, we take an aerial view of our lives, rising above our splintered weekday-persona to consider our more wholesome potential.

In this sense, the Shabbat lights grant us illumination and perspective; they allow us to see where we’ve been stumbling and which paths we need to pursue.

So this coming Friday evening, we’ll try to rise above our personal stress and struggles; we’ll guide the Shabbat lights’ glow inward, searching for a part of ourself that isn’t defined by the pain, a piece of us that is whole, an internal place of faith and confidence in the future.

But tonight as the past six nights, we’ll be lighting a different type of flame: The Chanukah Flame.

Whereas the Shabbat candles foster personal/familial balance and peace, the Chanukah candles are outwardly focused.

The Talmud describes the Chanukah candles as tools to ‘illuminate the outside’. The flames need to transform the external darkness, bringing warmth and illumination to an otherwise dark place.
Finding our personal sense of wholeness, faith and confidence, isn’t enough. Chanukah instructs us to share it with others, to illuminate the ‘night’ outside our four walls and beyond our respective driveways.

At this moment, the world is experiencing a ‘perfect storm’ of terror threats and political turmoil that is accompanied by fear and uncertainty which casts a paralyzing shadow.

It’s dark. And the future isn’t yet looking brighter.

The world needs a candle, a stabilizing beacon of light.

If we can share hope for the future, we will have brightened lives.

If we can lend mental clarity to distinguish between rational and irrational concerns, we will have illuminated hearts.

If we can inspire faith and trust in the Divine Parent who loves us all, we will have provided warmth to a cold spirit.We will have touched the flame of our souls to ignite another’s wick.We will have lived the Chanukah message. Happy Chanukah!
Rabbi Mendy Uminer, Chabad Center at Chestnut Hill

Chanukah is a holiday that reminds us of Jewish people-hood. It represents the first recorded struggle for religious freedom, as the Maccabees fought for the national sovereignty and religious freedom in the Land of Israel against an oppressor who denied that freedom and forbade the practice of Judaism.

In the ancient world, Hellenism was spreading; other forms of worship were being banned and outlawed. Jews who refused to conform were massacred. The revolt of Mattathias with Judah Maccabee and his brothers was the first recorded struggle for religious freedom in history.

The first meaning of Chanukah is shown by dividing the name of the holiday: “Chanu” means “they rested” or “made camp,” and the letters “kauf” and “hey” in Hebrew add up to 25. It was on the 25th of Kislev that the Jews re-dedicated the Temple in Jerusalem after liberating it from the forces of the Greco-Syrian emperor Antiochus Epiphanes. The word “Chanukah” reminds us of the battle, and tells us that on the 25th day of Kislev, the Jews rested.

For the third meaning of our Festival of Lights, we look at the Hebrew letters in the word “Chanukah:” “chet” “nun” “kauf,” which, when put together, mean “education.” This reminds us that to understand the ideals around which we have always built our lives, requires education. It reminds us that learning about our history and heritage gives us the spiritual strength and direction to fight the current rendition of these battles, thereby championing the just causes of our day, just as our ancestors did in ancient Israel, BaYamim HaHem BaZman HaZeh, in those days at this time. 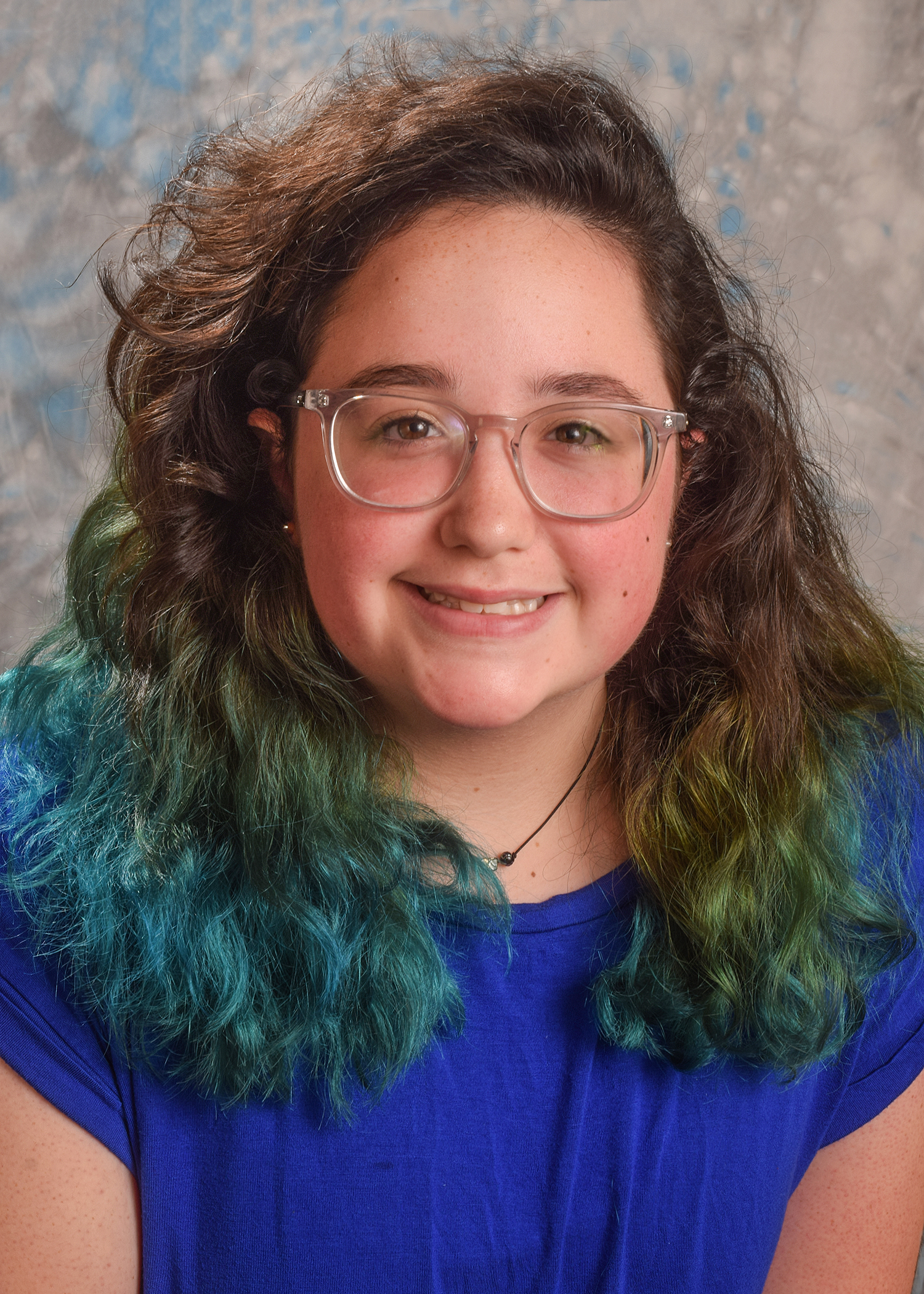 Dreams are fascinating. Our dream work is a composite of little pieces of information that form in the mind while the dreamer may sleep or do almost any other boring things in daily life. So it’s strange that we should refer something we aspire to do in the future as a “dream” because dreams are so random. But we also refer to goals as dreams because the dreams in the Torah are not as random as our dreams may seem in the world today.

The stories about Joseph begin and end with dreams. There are three sets of dreams in the Joseph narrative. However, if we stretch the definition of a dream as we do today in how we use the word, we can probably find more. Each set of dreams consist of two dreams. In the first and third set, the two dreams are really one and the same:  אֶחָד הוּא חֲלוֹם. In the second set, the two dreams are quite different.

The first set appears in Parshat Vayeshev. These dreams belong to Joseph. In the first dream, Joseph and his brothers were binding sheaves of wheat in the field, when the 11 sheaves of wheat of the brothers bow down to Joseph’s one sheaf of wheat.

The second dream that Joseph dreamt envisioned the Sun, the Moon and 11 stars, all bowing down to one star.

I am not sure what it would look like for stars, the sun and moon to bow down, but the brothers understood its apparent meaning: Joseph’s family, including his 11 brothers, will bow down to him. Joseph’s mother Rachel had died at his brother Benjamin’s birth, so it is unclear whom the moon represents. The Talmud actually learns from this stray dream-fact that every dream always includes some nonsense. Even so, the two dreams were enough to make the brothers angry and jealous.

The second set of dreams come when Joseph’s brothers sell him into slavery. He arrives in Egypt and gets locked away in the prison of a rich man named Potiphar. In prison he meets Pharaoh’s baker and butler and interprets their dreams for them. In the baker’s dream, the baker is carrying a huge basket of bread when a flock of hungry birds swoop down from the heavens and take it. The other dream in this second set of dreams includes the butler, who is peacefully squeezing grapes into wine. Joseph predicts that these two dreams mean that the butler will live and that the baker will die. And indeed it was so.

The third set of dreams happens when people hear of Joseph predicting the butler’s and the baker’s dreams and Pharaoh wants Joseph to come and be his dream interpreter. Pharaoh has two dreams. The first is about two herds of cattle. The skinny cows eat the fatter cows but didn’t get any fatter. And in the second dream the same thing happens to two fields of wheat. The thin sheaves consume the thick sheaves without growing.  Joseph explains that these two dreams are really one –

Joseph explains that the dreams mean Egypt will experience seven plentiful years followed by seven years of famine, during which the dynasty’s stores of meat and wheat will be consumed. Joseph then recommends to Pharaoh that he should build storehouses to stockpile food during the years of plenty in order to sustain the people of Egypt during the years of famine.  Pharaoh recognizes the truth of Joseph’s interpretation and the wisdom of his suggestion and appoints him as viceroy in charge of the food bank project.

Joseph gets fancy new Egyptian clothes, an Egyptian wife who is none other than the daughter of Potiphar, his old master, and a new name. He would doubtless have gotten a new iPhone too, but it had yet to be invented.

Joseph’s new name was Tzafnat Paneach. Now, maybe this was the number-one popular name for boys that year in Egypt, but something tells me that it holds special meaning.  Even the name Joseph had importance.  The Torah tells us when Joseph is born that Rachel named him saying:

[His name is] Yosef, which is to say: “May the Lord add another son for me.” In other words, Yosef’s name was a prayer that his arrival would continue to add blessings, like more children, in the couple’s life.” Joseph’s Egyptian name, Tzafnat Paneach, means “the hidden face” and we can relate a hidden face to many things in this parashah.  First, the obvious theme of God’s face being hidden while Joseph was in prison and going through hard times. Second, the name can also hold symbolic meaning, as if to say that in all the years of Joseph’s absence, his father Yaakov is grieving over the loss of his son. We could imagine Yaakov’s hands covering his sobbing face.  In other words, the name symbolically refers to Yaakov’s face that was hidden.  However, since it is Joseph’s name, I think that it probably has more to do with Joseph than with God or Yaakov. So, I think that he is called Tzafnat Paneach because all these years later Joseph is a different person. He is Egyptian, married to an Egyptian woman, with Egyptian children, working for Pharaoh. His true face as a Hebrew is hidden, not only to the Egyptians, but also to his brothers, who don’t recognize him. Maybe his true face was even hidden to himself. Finally, maybe his name, Tzafnat Paneach simply is a poetic way of describing him as an interpreter of dreams. If dreams contain secret meanings, Joseph uncovers the hidden face of dreams.

When Joseph decides to reveal himself as the son of Yaakov, and the brother of the other men of B’nei Yisrael, he too reveals his face.  God’s face, which had been hidden, also becomes visible in that Joseph can see how all of the events were really part of Hashem’s plan.  The realization that God has been involved can be described as God’s face being shown, which in turn serves as a sign of hope while in exile.  It is always important to look for a ray of hope when clouds are gray.  Maybe all it takes is a dreamer to uncover God’s hidden face amidst drought, famine and exile.