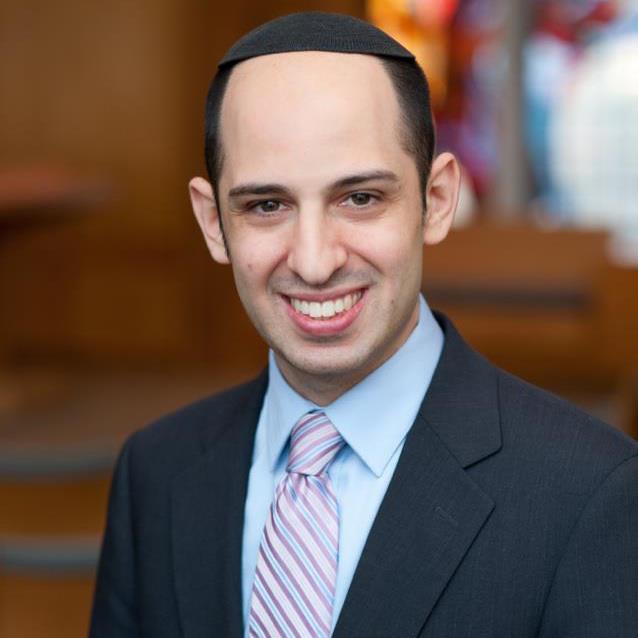 In this week’s Parsha we learn about the famous story of Moses and the rock. Moses is told to speak to the rock in order to draw water for the community, but he strikes it with his rod instead. The water emerges, but Moses is told by God that since he did not listen (striking instead of speaking) that he will not be able to enter the Promised Land. In isolation, this story portrays Moses as someone unable to follow directions, a bad quality for a leader, and he is punished for his defiance. However, when we do a closer read we see that Moses has a legitimate reason to think he should strike the rock.

Earlier in the travels of the Israelites, soon after they crossed the Yam Suf, Moses is in a similar situation. The Israelites cry for water, Moses seeks guidance from God, and he is told to strike the rock to draw water. So in Exodus he is told to strike the rock (and it works), and then in this week’s Parsha he is told to speak but he strikes again. It is harder to fault Moses when we remember his history with rocks and water. He was not defiant, he was literally going back to the same “well” that had worked before.

All of a sudden Moses’ being kept out of The Promised Land feels less like a punishment for defiance and more like a natural consequence of not adapting to new instructions. Moses had proved that he knew how to be a leader during the Exodus from Egypt and he proved that he knew how to be a leader during the journey through the desert. Now this test from God, changing the rules about water-drawing, proved that Moses was not ready to adapt to a new circumstance in The Promised Land. Life will be different for the Israelites when they cross the Jordan River; this will be there first time back in Cana’an for hundreds of years, and their needs will be different than they ever have been. Moses’ inability to modify his strategy to meet God’s new demands at the rock, disqualifies his entrance into Israel as the leader. Thanks to his many years of extraordinary service, he merits seeing the Land but, as we learn in this week’s parsha, that is where his story will end.

The lesson here is that long term success comes from an ability to adapt and change as the times demand. This is a value underlies the work that we are doing at Schechter. We have guiding, core, principles that define our school, and they are articulated in our Strategic Plan. However, the strategies and systems that we develop to best service our goals have to be able to evolve as circumstances change. Jewish Life continues to evolve as generations of students pass through our hallways, which presents our school with new opportunities and new challenges. In order for Schechter to remain relevant and successful we must adapt to, and anticipate, the changes as they occur.

On a personal level, I see this reflected in my own life as well. Less than a year ago I was a pulpit rabbi and I was preparing to make a major transition in my life to Boston and the Schechter community. I needed to adapt to a new career and I am grateful for all of the help that my colleagues, the students and our community provided to me. I am lucky to be a part of a community that understands the tremendous value of Jewish education and I am proud of the work that we are doing to foster future leaders of our community. The reason for our shared success this year has been growth, feedback, reflection and willingness to adapt, and I am looking forward to another great school year starting in the Fall. 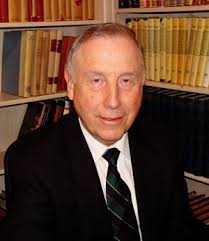 REBELS WITHOUT A CAUSE

Korah goes down in history as a self-centered, egotistical rebel without a cause. For no apparent reason, except for his lust for power and fame, he gathers some 250 followers and attacks Moses and Aaron declaring: “Rav lakhem—you have gone too far! All of the community are holy and the Lord is in their midst, Why do you dare to raise yourselves above the Lord’s congregation?” (Numbers 16:1-3).

And how does Moses respond to this baseless challenge? He falls on his face appalled and shocked saying, “Comes the morning and the Lord will make known who is the rightful leader of Israel.” The fateful morning came and the earth swallowed up Korah and his followers—lost forever.

Poor Moses: After all he had gone through; after all his personal sacrifices; after all the perils  and travails—and this was all Korah and his gang could say of him! Now Moses was not rejecting the right of others to disagree with him; he wasn’t challenging Korah’s ability to question his rulings or opinions. But he was declaring to Korah: “If your argument is just about power and glory then you have  no right to challenge me, God’s chosen leader!”

And indeed, that was all Korah’s rebellion was about: power and glory. He had every right to disagree with Moses about a law or a ruling or an interpretation or a political policy. But there was no legitimate basis for his rebellion: it was aimed at sheer power and glory (kavod). The rabbis taught (Mishnah Avot 5:17): “Any dispute for the sake of Heaven will succeed. But if it is not for the sake of Heaven, it is doomed to fail. What is a dispute that is not for the sake of Heaven? The rebellion of Korah and his gang. And what is a dispute for the sake of Heaven? The debates between the schools of Hillel and Shammai.” We know that those two schools of jurisprudence fought over hundreds of issues ranging from when the world was created to what foods are kosher to what marriages are legal. And despite it all, they remained respectful colleagues and loving opponents who associated with and married with one another. Their disagreements were  never  for power and glory, unlike Korah; rather, their disputes were always for the greater glory of God and for the growth and prosperous development of Jewish law and theology. That is why Korah and his gang were swallowed up and forgotten while Shammai and Hillel still live and are cited in all rabbinic sources and debates. Indeed, there is scarcely a page of the Talmud from which their names are absent.

So  by all means, let us differ and debate, dispute and disagree. But let us not disagree disagreeably. And let our political, religious and social disputes aways remain l’shem Shamayim—for the sake of Heaven. That is the true spirit of legitimate disagreements  in Judaism. And that is, in my opinion, our source of greatness and eternity. 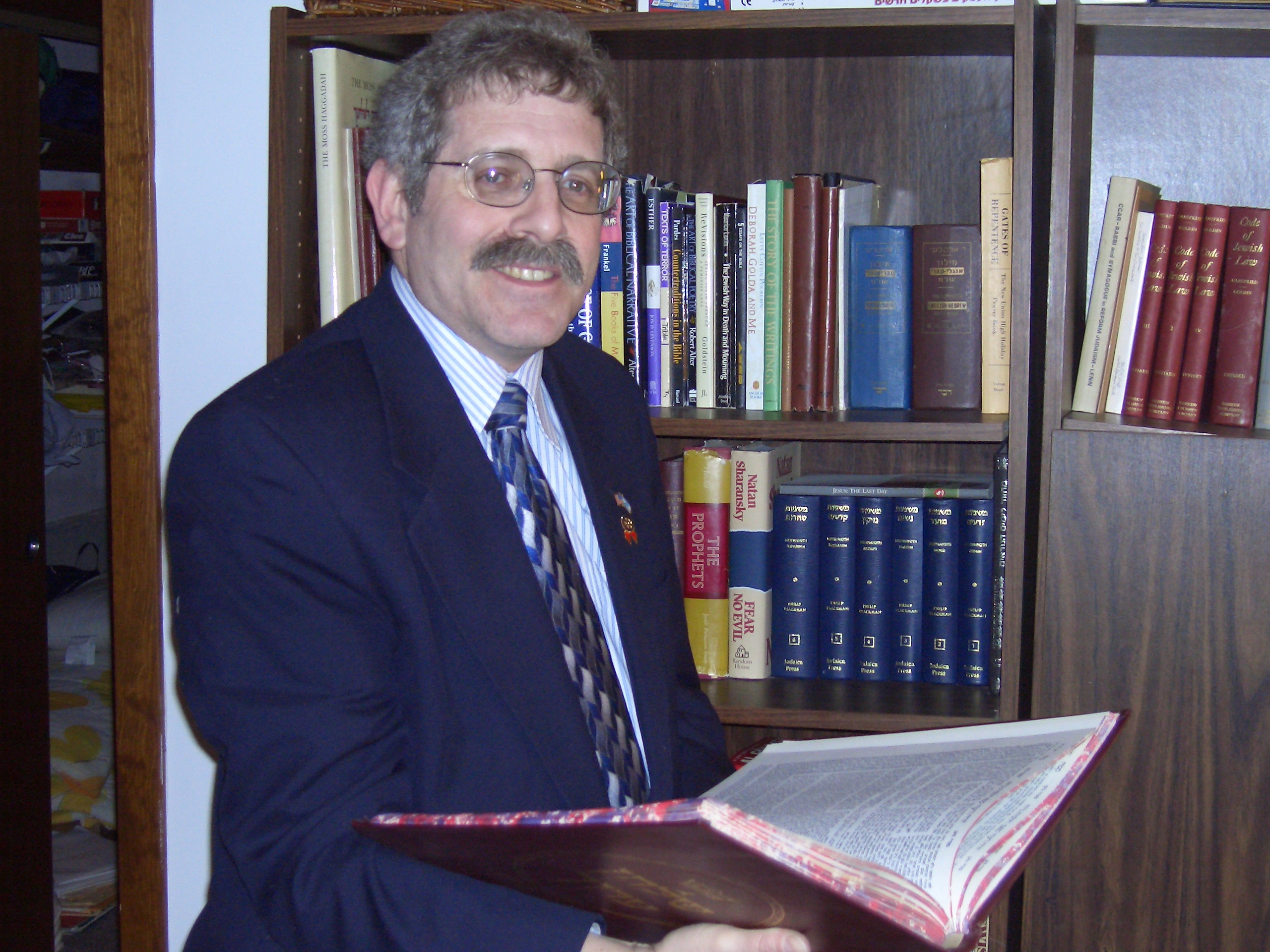 The Challenge of Leadership

This week’s parasha, Sh’lach L’cha, begins with God commanding Moses, “Sh’lach L’cha anashim…”, to send men to scout/spy out the land.  The command, “Sh’lach L’cha” reminds us of another parasha that begins similarly: Lech L’cha.  In the latter, Abraham is commanded to “Go forth” from his land, the place of his birth, from his father’s house to the land which God will show him.

Both parashiot could have begun without the second word, “L’cha.”  In both parashiot the word “l’cha” is meant to show that the person being commanded has to make the decision to actually go.  Abraham is told, “Go forth (for yourself) from your land, etc…”  Moses is being told, “(You yourself) send men….”  The commentary in the Etz Hayim chumash notes that God removed God’s-self from taking an active role in the mission.  Moses must decide for himself to take this important step as a leader and send spies into the Land that God had promised them.  He appoints a representative from each of the 12 tribes to scout out the Land.  Moses, however, learns that the decision to send the spies did not get the consensus that he had hoped for.

Ten spies came back with a report that the inhabitants of the Land were giants who completely dwarfed them.  “There we saw the sons of Anak (giants); we saw ourselves as grasshoppers, and so they saw us as such.”  What an incredible psychological insight of their low self esteem!

Rabbi Yechiel Eckstein tells a story about Mickey Mantle, the famous New York Yankees baseball player and member of the Baseball Hall of Fame.  As a teenager playing in the minor leagues, Mantle wasn’t much of a star.  In fact, due to his poor performance, the young Mantle became discouraged.  Feeling sorry for himself, he decided that he had had enough and called his father to come and take him home. When his father arrived, Mickey didn’t get the expected sympathy and reassurance.  Instead, the father looked his son in the eyes and said, “Okay, if that’s all the guts you’ve got, you might as well come home with me right now and work in the mines.”  His father’s rebuke was like a slap in the face.  Mantle decided to stick it out and went on to make baseball history.

After the pessimistic report of ten of the spies, their low self-esteem was felt by the Israelite community and they, too, became discouraged and lost all hope.  The fate of the community had been sealed by God… the generation that left Egypt would not be permitted to enter the Promised Land, with the exception of the two spies, Joshua and Caleb, who returned from their mission with a positive and encouraging report.

Rabbi Eckstein reminds us that sometimes the greatest gifts come disguised as something less than pretty and appealing.  It doesn’t feel good to be rebuked, but good advice or sound criticism can improve our lives infinitely.  It’s up to us to be brave enough to seek out advice for self-improvement from those we trust and who love us.  Those of us who support Jewish Day Schools know that they provide the kind of environment for our children’s self-esteem to grow strong and for them to become confident and positive thinking adults.