Terumah (Exodus, 25:1-27:19) inaugurates a narrative cycle devoted to the construction of the Mishkan, the mobile sanctuary that anchors the Israelites’ camp as they traverse the desert, en route to The Promised Land.  In that context, the Parashah includes what could be, from the perspective of its authors, the most important verse in the Torah —   וְעָ֥שׂוּ לִ֖י מִקְדָּ֑שׁ וְשָֽׁכַנְתִּ֖י בְּתוֹכָֽם         Ve`asu li miqdash veshachanti betocham,”Make a sanctuary for me and I will reside in their midst (Exod 25:8).”  This pasuk, and the Pentateuch’s conception of the Mishkan, is predicated upon several connected core beliefs; (1) God has a physical presence with weight and mass, often referred to as the Kavod.  (2) YHWH’s Kavod can be manifest on earth, in the human realm, in one place at a time, as illustrated in the previous chapter; “YHWH’s Kavod resided on Mt. Sinai (Exod 24:16).” (3) We benefit from God’s covenantal favor only when God resides among us. (4) God’s presence should be housed in a specially designed structure whose holiness and habitability must be constantly and scrupulously maintained. The same ethos is echoed in Terumah’s Haftarah (1 Kings 5:26-6:13), which recounts the building of the 1st Temple in Jerusalem.  The reading concludes “I will reside among the Israelites and I will not abandon my people Israel.”

Today, odds are that if we believe in God, we don’t necessarily imagine God as having a tangible presences that is constrained to a single space, natural or constructed.  How then do we uphold the relevance of our Parashah as a piece of “living Torah” rather than marginalizing it as an antiquated document with an outmoded theology?  The Mishnah offers a solution for a post-Temple world.  “When two people sit with words of Torah, God’s presence abides with them (Avot 2:2).”  For the Sages, holiness is about people, their actions and commitments, not about a building made of precious wood and metal.  I conclude then with two questions for us here and now — What makes a place sacred? How do we find room for God in our lives and communities?

We have arrived.
We survived a midnight flight from Pharaoh and slavery.  Soon after the cries of Egypt began to fade into the distance. And we marched forward.

We faced sure death as their army pursued. Our group of ragged escaped slaves were trapped between chariots and lances or crashing waves and a sure end at the bottom of the sea.

Yet we charged ahead into the water. If we were not free from doubt, we were free of options. Now all that we could do was wade into the unknown.

Despite the panic and uncertainty we crossed the sea and were able to imagine, for the first time in centuries, what it could feel like to be on our own. Independent. With unbound creativity and hope. At the waters’ edge we sang and danced and rejoiced.

The next six weeks were met with some understandable cries of terror. There were also moments of childish complaints brought by a newly freed people, not yet ready to be on their own.

But we have finally arrived here at Sinai. We are as one people with one heart.* Ready to receive whatever God gives. Knowing that the future will be written in colors of anticipation and possibility when we are unified. Like we are today.

We have been through so much. The future seems bright for this singular people.

And yet, ‘one people with one heart’ isn’t easy to sustain. We know that in the past there have been differences. We have doubted ourselves, one another, even Moshe…even God. How will we return to this sense of the possible, becoming a single unified people, in the generations to come? We will surely face times of disagreement. Will all be lost if we do not succeed in becoming, and staying one?

In times to come, when future teachers of Israel disagree over the Torah/instruction we receive here at Sinai, it doesn’t have to lead to conflict or a loss of connection with God. If we recall what joins us together, this journey from slavery to freedom to whatever comes next, that sense of being on a shared quest is our path to survival. When we disagree we must recall that “these words and those can both be offered by the Living God.”**

Then, we will truly have arrived.

*Rashi describes the people of Israel as being “like one person with one heart” when they arrived at Sinai.

**The conflict between the houses of Hillel and Shammai 2,000 years ago was resolved when they both accepted that “these words and those are both the words of the living God.” Eruvin 13b

The Passover Seder: The Holiness of Play

And you shall tell your child on that day, “For the sake of this [celebrating Pesach] that Adonai did this for me, liberating me from Egypt. —Exodus 13:7

Pesach, the most widely observed and practiced Jewish holiday, is also the most democratic.  According to the Jewish philosopher Franz Rosensweig this equality is expressed in that “the youngest child is the one to speak, and what the father says at the table is adapted to this child’s personality and his degree of maturity…The one nearest the periphery of the circle gives the cue for the level on which the discussion must be conducted. For this conversation must include him.  No one who is there in the flesh shall be excluded in the spirit. The freedom of a society is always the freedom of everyone who belongs to it.”

Interestingly, the first description of the celebration of this holiday in this week’s portion of Beshallach creates some ambiguity in regard to its essential nature.  Is our observance of Passover a commemoration of the liberation from Egypt or was the celebration of Passover G-d’s first benchmark or spiritual goal for our people. According to this second understanding, to which Rashi and other commentators adhere, we were redeemed from Egypt so that we could engage with the commandments and serve the Holy One, most specifically with the observance of the Seder!

Why is the seder such an important observance?  Why does it resonate so deeply with our people, regardless of their observance?  According to Maimonides, the great philosopher, rabbi, and physician, the essence of the seder is playful change, and that change in turn fosters personal, familial, and communal renewal.  According to him, those who conduct the seder “need to make a change on on this night in order that the children see and ask, “How is this night different from all other nights?” and he in turn replies “This-and-this happened and so-and-so occurred.” And how [specifically] does he change [the seder]? He distributes to them [the children] parched corn and nuts and uproots the table before they can eat and snatches matzah from hand to hand and the like…” In other words, there is a teasing sporting aspect to this meal of meals which invites questioning. “Whoa, why did you remove the table.  What’s going on? Hey, that’s my matzah? Why are you taking it? Wait, why are we having popcorn? This isn’t the movies, this is the Passover Seder!” Told another way, the most important facet of the Passover Seder is midrash, its creative, daring, and meaningful interpretation of the biblical accounts of the exodus from Egypt. In fact, the midrashim included in the Seder are believed by many scholars to be some of the first examples of this uniquely Jewish and highly playful form of interpretation!

In my home, for one of the two sedarim, we host families of many different faith traditions, utilizing the bare bones of the seder arranged by our sages, but each year adding new commentaries, new discussions, new activities, new songs, and new rituals.  Moreover, now that our children Leonardo (4.5) and Ramona (1.5) have joined our life, we are exploring even more modalities. Our seder features not only story-telling, discussion, and songs, but theatre, legos, and responding to the narrative with play-dough and painting, which we enjoy as much as our kids!

Cantor Michael McCloskey is the Cantor-Educator at Temple Emeth, Chestnut Hill, MA. He serves as adjunct faculty at Hebrew College and is currently working toward rabbinic ordination. 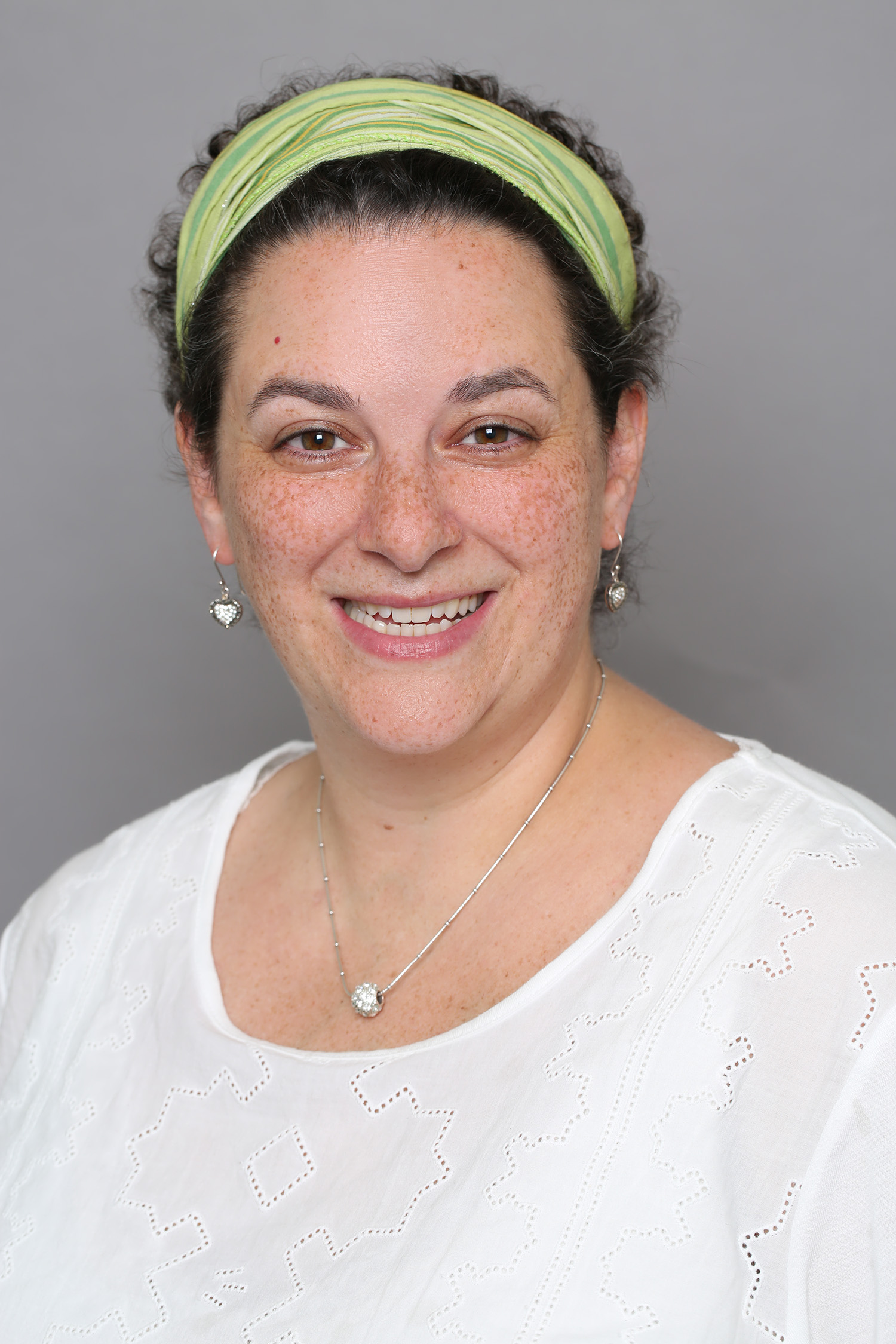 Where is God? This is a question we’ve all likely asked on more than one occasion. Where was God during the Shoah? Where was God in Parkland, in Pittsburgh, and in all of the other places where tragedy has struck?

In difficult times we so often worry that God is absent. Indeed, it can feel that way. But I’d like to suggest that in this week’s Torah portion, Bo, we learn of a very different way to understand God’s presence in difficult times. When God tells Moshe to go to Pharaoh and to ask Pharaoh to let the people go, the words we read are, “bo el Par’o” – literally, come to Pharaoh. How can this be? What does “bo” (come) mean in this context? And note, most translate this phrase as “go to Pharaoh” because it makes more sense!

Let’s learn from this literal translation that when God says “bo” – come to Pharaoh – it is because God is there in Pharaoh’s palace – and in all of our dark times. We cannot see God, we cannot understand God, and we cannot appreciate God’s presence and impact in difficult situations. And yet, what this text teaches us is that we need to understand God is there in the difficult times, even if it doesn’t seem logical. That’s what faith is all about: trusting, believing, hoping, and assuming (yes, a bold word choice!) that God’s presence might impact our lives in ways we cannot know.

We’ve all been there – our own personal version of Mitzrayim, Egypt, the narrow place between despair and hopelessness. And we’ve all likely had moments when we have needed to confront our own personal Pharaoh. Like Moshe, we might stutter, tremble, and wish it was someone else in our sandals. But like Moshe, let us seek God’s presence. We cannot understand God’s ways, but as we confront challenging situations, let us try to recognize God’s impact on our lives.