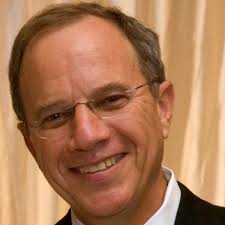 Rabbi Shim’on said, “Woe to the human being who says that Torah presents mere stories and ordinary words! If so, we could compose a Torah right now with ordinary words, and better than all of them. To present matters of the world? Even rulers of the world possess words more sublime. If so, let us follow them and make a Torah out of them. Ah, but all the words of Torah are sublime words, sublime secrets!”

This teaching from the Zohar (III:152a) is an urgent reminder that we need to rescue truth from obscurity. The Yosef stories which continue this week seem particularly profane in their sharing familial conflicts, suspicions, hatreds and divisions. Where is the light of God to inspire the readers? Who needs to read about more conflict? Are there not in world literature words more sublime?

The midrash is asking the same question about these stories. The tribes were busy with the selling of Yosef, Yosef was busy with his suffering and trials in Egypt, Reuven was busy with seducing his father’s concubine and failing to return Yosef to his father, Yaakov was busy mourning for Yosef, and Yehuda was busy finding a wife among the Canaanites. However, the midrash assures us that God was busy also, in the midst of all of this family intrigue, “creating the light of the King Messiah.” (Bereishit Raba 85:1) God was working on redemption – the eternal hope of humanity.

In other words, the midrash seeks a truth hidden within the text of the Torah. There is a story within a story. There is a human story in the Yosef cycle yet, with a deeper reading, we can see a story of the workings of divine Providence. It is precisely in the mundane that we can perceive intimations of the divine. We can rescue truth from obscurity. Our lives, too, are often stories of struggle and conflict, but with the study of Torah, we can hopefully detect deeper meaning and significance. And are we not to live our lives in the presence of God and not just reacting to the relentless demands of day-to-day life?