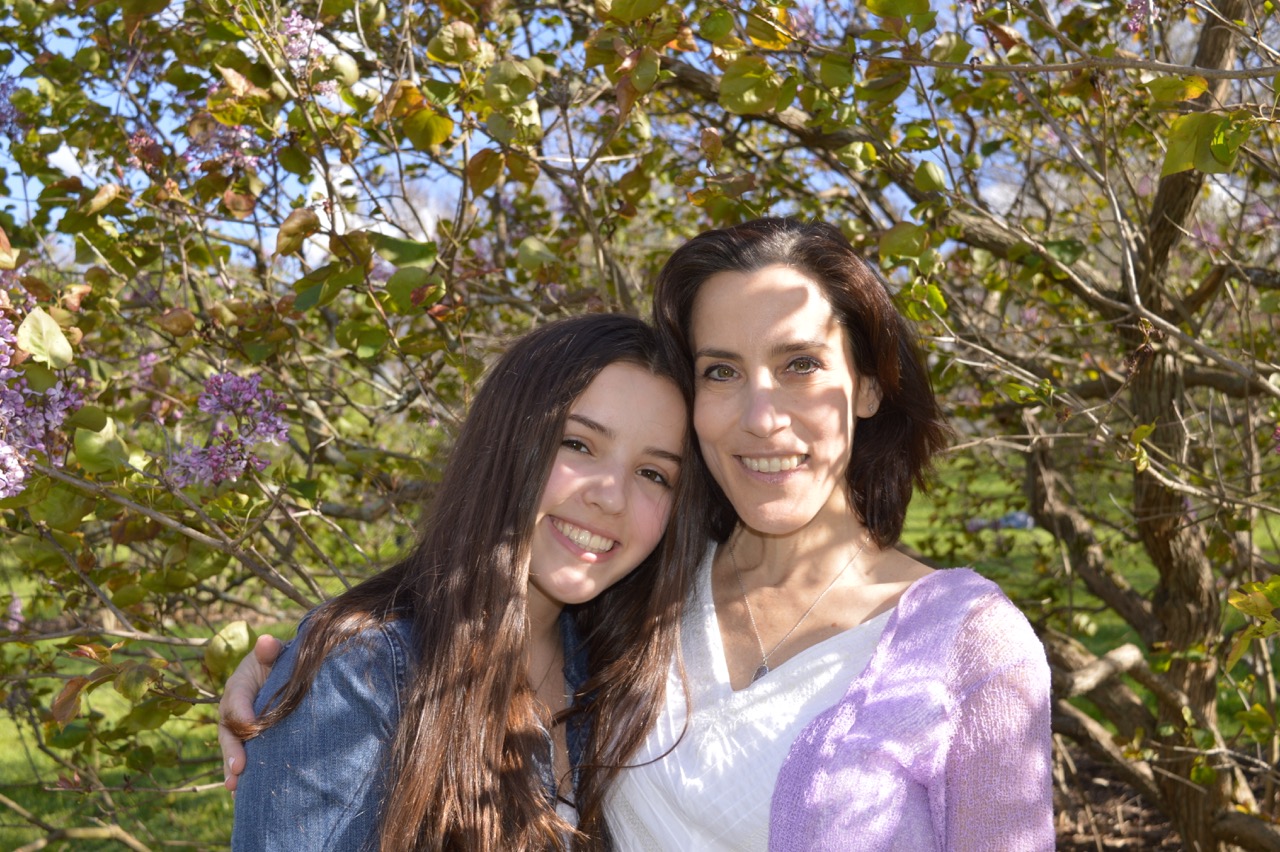 When the Parent Association Co-Chairs first invited me to give these remarks, I was deeply honored and jumped at the opportunity to articulate my immense gratitude to all of you. But as I began to piece together some thoughts in my head, I became increasingly daunted by the task at hand. How do I, one parent, represent a whole grade’s worth of diverse parents’ perspectives, some of whom I don’t know nearly as well as I wish I did?

In order to say something meaningful yet brief, I’ll just share a few personal thoughts and hope that though words alone cannot do justice to your devotion, dedication, expertise, and care, they will at least give you an inkling of how we parents feel.

When I was 10 years old my mother and I moved to Boston and I had an interview at Schechter. I remember being told that my Hebrew was only at the first grade level and the massive amount of studying that would be required to “catch up” with the fifth graders made a Schechter education unattainable at that time. Now, I did have the privilege of having a then soon-to-be Schechter teacher as my bat mitzvah tutor, so I wasn’t entirely deprived. But I wanted more for my one and only child.

My daughter Shira’s Schechter experience began nearly 13 years ago when she was just 20 months old at Gan Yeladim, the former Gan Shelanu. It was there that a Schechter teacher came to sing songs with the children. (Little did I know then that this same teacher would one day teach Shira at the upper school and chaperone her on the 8th grade trip to Israel!) Perhaps it was those tunes that helped make the transition from Gan to Kindergarten so seamless. Over the years, many more teachers and administrators contributed to making more transitions seem almost effortless.

On Yom Kippur, some Jews fast. Fasting, among other things, reminds us to feel—if only for a day—what someone who doesn’t have enough to eat feels on a regular basis. To fully appreciate Schechter teachers and staff it may be necessary to live without you for a time, which we actually did. Shira and I spent her first and second grade years at a different Jewish day school in another part of the country. While it had its strengths and some excellent educators, those two years gave us a point of comparison that increases our gratitude. The warm welcome we received when we visited and again when we returned as planned, solidified that Schechter of Greater Boston was truly where we belonged.

“I love school!” Shira has said many times over the years—thanks to you!

Shira grew from holding my hand until we said goodbye at the classroom door to a social butterfly whose wingspan is still spreading—thanks to you!

Shira evolved from knowing her name in Hebrew to texting b’ivrit—thanks to you!

Shira’s grasp of the English language went beyond WordMaster’s to poetry and state-wide essay contests—thanks to you!

Shira’s indifference about science and confusion about math became infatuation mixed with curiosity and conceptual satisfaction—thanks to you!

Shira transformed from a child whose gross motor skills lagged behind her fine motor skills to an athlete who played soccer, basketball, and softball all in the same year—thanks to you!

She glided from singing and dancing in the privacy of our kitchen to dueling with her fictional nemesis and belting it out on stage—thanks to you!

Most recently, Shira morphed from someone who accused me of being “that kind of mother” for not allowing her to go to a Beyoncé concert on Shabbat to telling me exactly what time we needed to light the candles—thanks to you!

The school-parent partnership is an extremely important function of a successful educational experience. I couldn’t be more grateful for the abundance of information, timely responses, and proactive communication. Colleagues of mine wrote a book called Back to School about how Canadian Jews who send their kids to day schools learn alongside their children. That’s definitely true in my case and so I must thank you for my Schechter education in addition to Shira’s. You have also provided much needed support, during good times and some hard ones; when I needed you, you were always there for me.

Pirke Avot (Ethics of the Fathers) 4:1 teaches us: “Who is rich? He or she who is happy with what he or she has.” In today’s age of social media, with Facebook posts about everything from the best trip to Paris to a new puppy, it can be challenging to remember the most important thing, which isn’t even a thing but a process: Jewish Education. Who is rich? She whose child has the privilege of being taught, coached, challenged, nurtured, and most importantly inspired by all of you!

Now, as a freshly minted alumni parent, I have only one regret and that’s not having more children to send your way!

Todah rabbah. May you all go from strength to strength!

In addition to her newest role as Schechter alumni parent, Keren R. McGinity is the Director of Interfaith Families Jewish Engagement at the Shoolman Graduate School of Jewish Education and Founding Director of the Love & Tradition Institute.