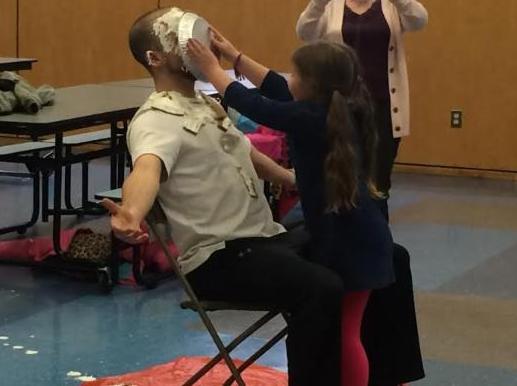 Afterschool Teacher, Chris DiRico, remembers the time his brother got to “pie” the vice principal of their elementary school after memorizing the most numbers of Pi in the school. This week, on “Pi Day” (March 14th), Chris carried on this tradition by challenging his students in the Shaller Campus Afterschool Program to memorize as many numbers of Pi as they could. The student who memorized the most numbers got to throw a pie in Chris’ face. There were eight contestants, with second grader, Maddie Kadden, coming out as the winner after memorizing 47 numbers!