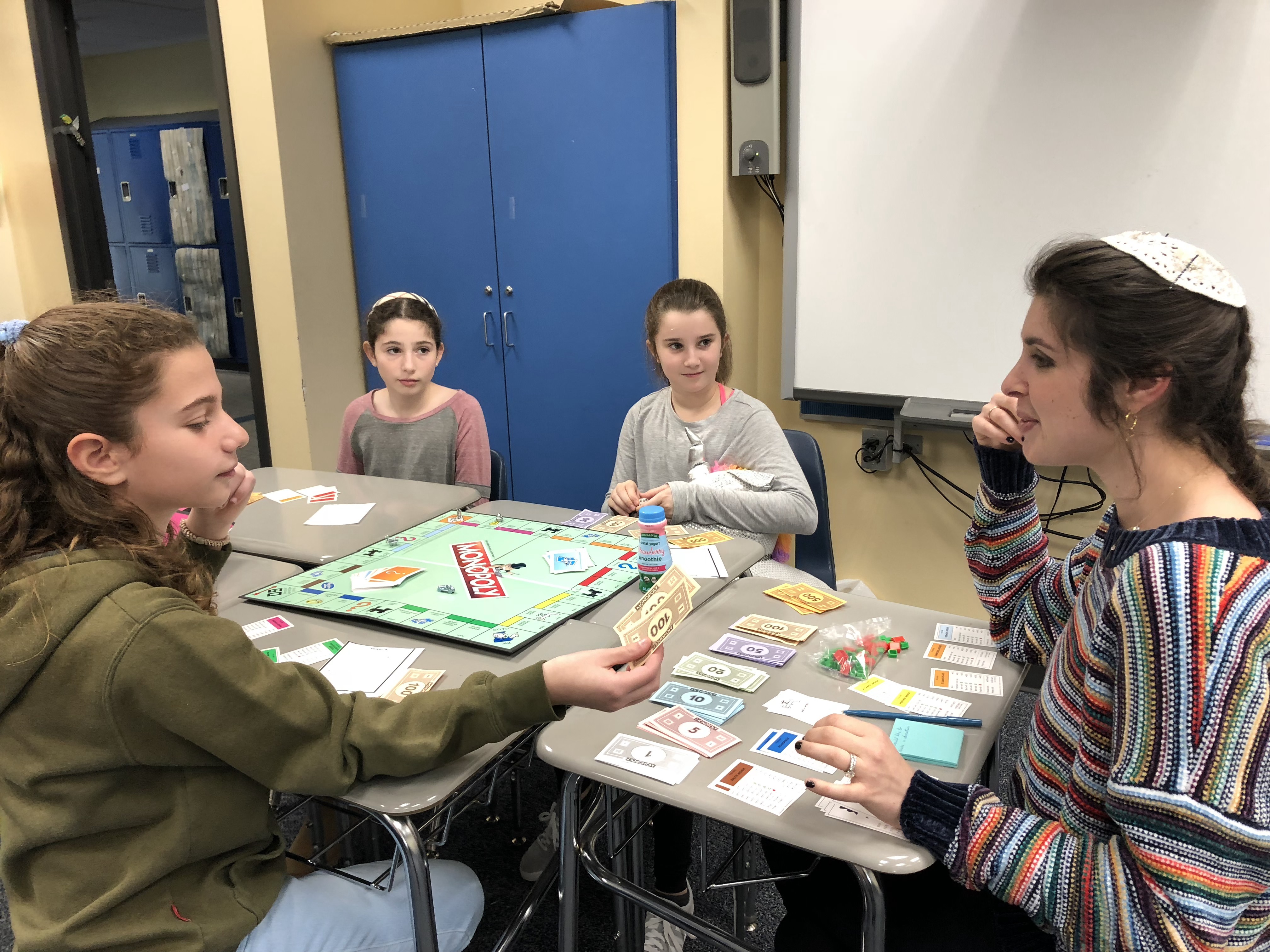 What is social inequity? How do we understand this concept? In our 6th grade Tanakh class, students played a modified version of Monopoly where players had an unequal distribution of wealth and privileges in order to simulate social inequity and better understand the concept. Some players started with twice as much money, while other players only started with half as much, some players went directly to jail if they rolled higher than a seven, other players got to move twice the amount they rolled! Following the game, we talked about how our experience playing Monopoly this way connected to social inequity and how we felt while playing the game. During our debrief, I brought up comments I heard students saying while playing the game such as, “Here let me donate some of my money to you. This is not fair!” to reflect on. By drawing upon their experiences playing Monopoly, students were better able to answer the questions: What is social inequity, how do we understand this concept, and begin to answer, how does our tradition require us to respond?