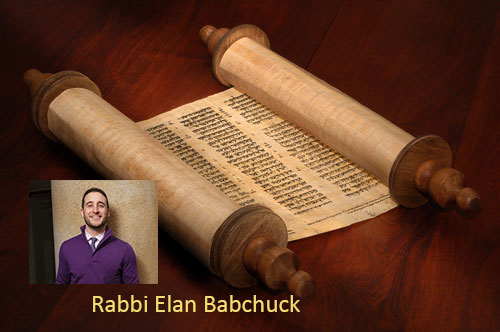 As the book of Vayikra begins, we read that God calls out to Moses in order to give him instructions to share with the Israelites. In translated form, nothing appears out of the ordinary; God calls out to Moses countless times. Nothing new here.
But if you read the text in a Torah scroll you’ll notice that the aleph at the end of the word “Vayikra” appears much smaller than the rest of the word, thus pointing to an alternate reading of the word: “Vayikar.” The former means “and God called to Moses”, whereas the latter (which appears in Number 23:24 in reference to Bilaam the prophet) means “And God happened upon Moses.”
Midrash Yefeh Toar, a 16th century commentary on Midrash Rabbah, builds on the notion that Moses transcribed the words of the Bible as dictated by God, and while he stays true to the words themselves, he makes a statement by making the aleph much smaller. The Midrash posits that the act is one of deep humility; Moses hints that God didn’t really select him to lead the Israelites intentionally, but rather just chanced upon him. In that sense, Moses is no better than Bilaam the prophet.
While the midrashic interpretation is insightful and important, it only tells half the story. Yes, Moses has always been a humble leader – even from the outset, he deflected God’s attempts to recruit him into the leadership role, essentially saying “I’m not the one you’re looking for.” On the other hand, though, Moses was told to transcribe the words of Torah precisely as God gave them to him, and he had the audacity to change how he wrote this one, in order to infuse his own perspective into the text.
Perhaps, then, the message is not just about humility, nor solely about audacity. Perhaps the takeaway is that we can take inspiration to be both humble and audacious, and the holy work ahead is about picking our spots and finding balance between those two poles. There are moments that call for the deepest humility your soul has to offer, and other times when the world needs nothing more than a dose of your holiest chutzpah.
As our eyes gaze out to the chaotic world around us, and our souls turn towards the Shabbat ahead, my hope is that each of us can embrace the Moses within, and share our humble and bold gifts with the world that so needs them both.